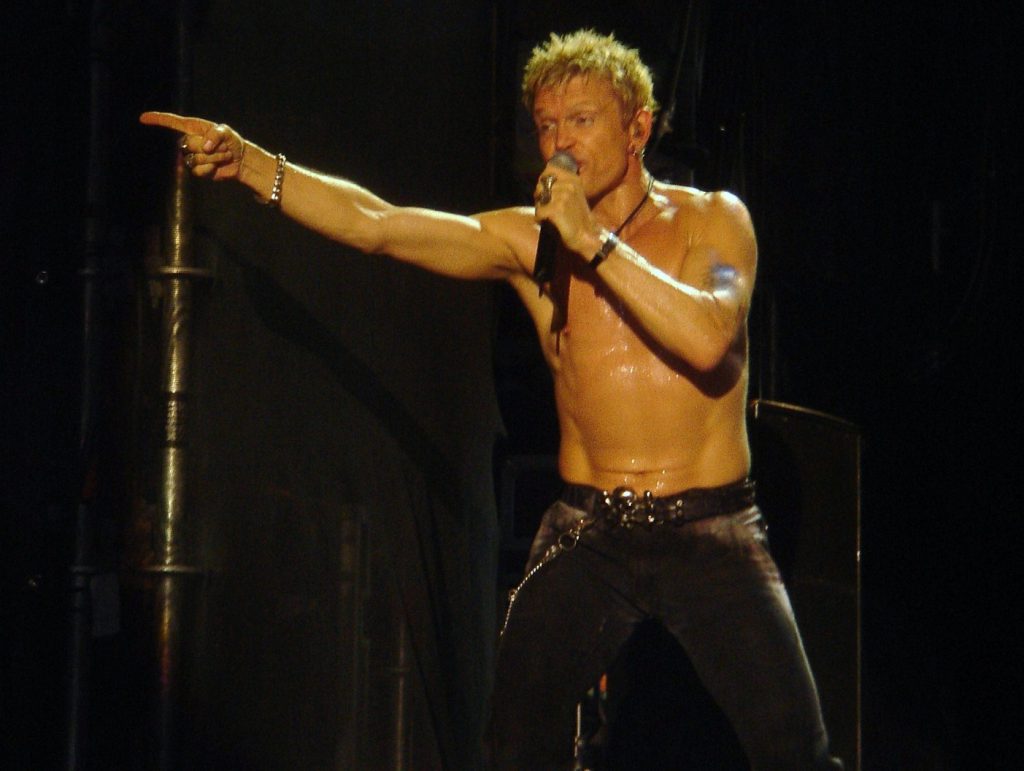 A rock musician the world can’t do without, Billy Idol’s song like “Don’t Stop” and “Dancing with Myself” are still as popular as they were in the 1980s.

Billy’s real name was William Albert Michael Broad, and he used the name Billy Idol as an artistic approach to music inspired by his school teacher describing him as “idle”.

Billy Idol was born in Middlesex, England in 1955. He and his guitarist friend Tony James joined Chelsea, a punk band that was very popular in the mid 70s. But this didn’t last long because they both soon left the band and went their own way to form Generation X, best known for their hit single “Dancing with Myself”.

The funny thing is that Generation X never visited United States, but rather took England by surprise, gathering a heaps of fans. Nobody believed that a guy with a lifestyle like Billy could do anything else but make music, but he did. He took on the role of showing up in many charity events like the Neil Young’s Bridge School Benefit back in 1988.

It was almost a full 10 years before he would perform again after 1993 because of a drug overdose. He later made a surprise appearance in the American movie The Wedding Singer in 1998. The release of the album Devils Playground in 2005 marked a return for Idol from being away from the public eye for about a decade.

Billy played at the Bonnaro Music and Arts Festival with Paul McCartney, John Oates, Jeff Tweedy and others in 2013 and the following year released his autobiography named “Dancing With Myself”