Known best for being part of the infamous Beatles, Paul McCartney became an incredibly successful solo musician. Paul was born in Liverpool, England in 1942 and has been a part of the unyielding success story of the Beatles back in 1960s.

Paul and the Beatles

He has been influenced by music since an early age and has had the support of his father who encouraged him to learn new instruments. When he was 15 years old he met John Lennon and they together formed a band called the Quarrymen. It was only a few years before they renamed themselves as the Beatles. They began introducing themselves to the music scene in early 60s in Hamburg, Germany, playing gigs and performing in clubs. This got the attention of Brian Epstein who became the groups manager.

Paul and the breakup of Beatles

A sad time for millions of fans was in 1970 when the Beatles fell apart, but Paul McCartney wasnt going down with the ship. He had other plans and released a solo album “McCartney 1970” which became an instant success. Just before McCartney formed a new group called Wings he married Linda Eastman, a photographer from New York.

The 80’s proved a difficult time for Paul as his great friend John Lennon was assassinated. This devastated him so much that he stopped touring for a while until 1989, but he still continued to make new songs and cooperated with stars like Michael Jackson, Stevie Wonder and later with Bruce Springsteen.

Kisses on the Bottom was the release of McCartney’s album in 2012 that featured some of his most beloved songs from since he was a kid. He reached headlines when he performed with his fellow star Brice Springsteen later in 2012 in London even singing some of the greatest hits from times of the Beatles. 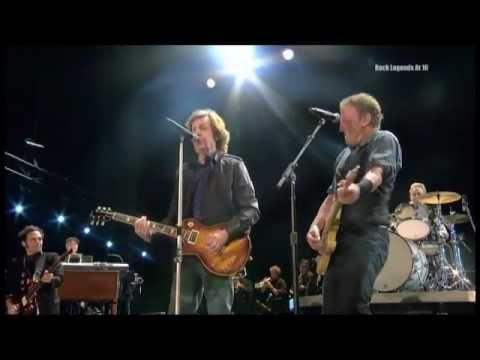 He accepted the offer to be the head of 2013 Bonnaro Music and Arts Festival that is held in Manchester, Tennessee in North America.

Its no wonder Paul McCartney was initiated into the Rock and Roll Hall of Fame and has received knights honors from the Queen of England.