Skip to content
Table of Contents
I The start of Western civilization
II Heritage of the ancients
III Greece and its islands
IV Summer is the time to party
IV.I Articles in same category:

The start of Western civilization

Greece is one of the oldest countries with evidence putting it back even before 1400 B.C. It is situated in southeast part of Europe, and landlocked in the north by Bulgaria, Macedonia and Albania. The country is found at the center-point where Europe, Asia and Africa meet. Since ancient times Greece has been known as Hellas and is today an extremely popular destination because of its rich history and beautiful nature. Because of the long history of the country, Greece is looked upon as a start of western civilization.

Heritage of the ancients

Like mentioned before, Greece is positioned at a multi-cultural crossroad that influenced the architecture, art, food and much more of how the country looks today. Many UNESCO sites can be visited on the mainland and surrounding islands. There are over 2000 islands scattered around Greece, but probably one of the most visited is Crete and Rhodes.

Greece is the place for that classical holiday in Mediterranean where there’s so much to see and experience. Escape to the magical Peloponesse to experience some of the mythical history that Greece is so famous for.

Greece and its islands

Greece besides its mainland is consisted of many other islands (actually over 2000 of them), and many of these islands are where great mythical stories (supposedly) took place. With the longest coastline in the Mediterranean of just about 16.000 kilometers there is an endless possibility of beaches and sight-seeing to expose yourself to.Greece is widely known for its crystal-clear waters on its beaches, bays and coastal caves with many of them awarded the Blue Flag award. 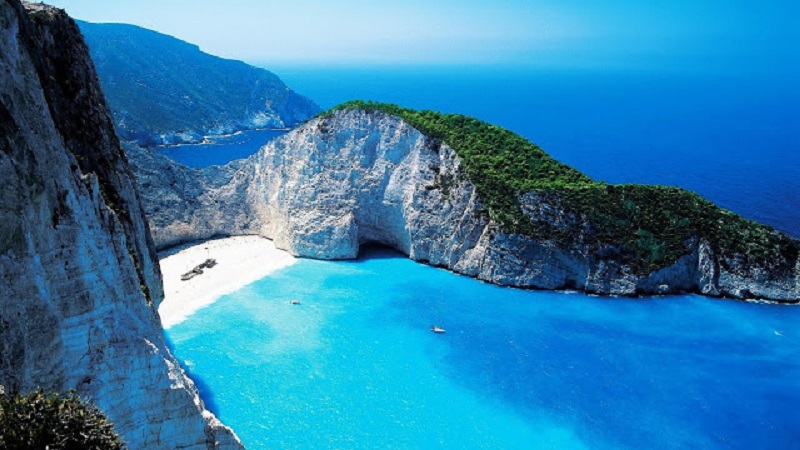 Summer is the time to party

There are tons of festivals that go on in Greece during the summer which is mainly when the peak season of tourism is going on. Don’t forget that the summer months are the time when you can enjoy all the beautiful beaches in Greece. Spending time here will surely take you to the many breathtaking islands and sandy beaches the country is known for.